One of the most common tasks that I have as I check email on my phone, is jumping between work and personal email. This breaks down for me on the iPhone due to the menu system.

When you are on one inbox: 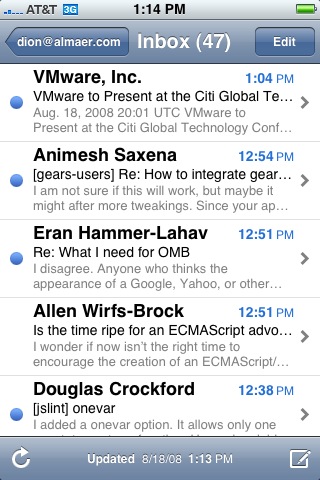 you then have to go back, through the list of folders, to the accounts screen: At this point you then have to go back into the other account. This makes 4 animated clicks to go from Inbox to Inbox, and even more if you are already in a message.

Since this is so common for me, I would like to be able to bypass the menus and have something like a dropdown to go directly from Inbox to Inbox. Here is an incredibly crude visualization: 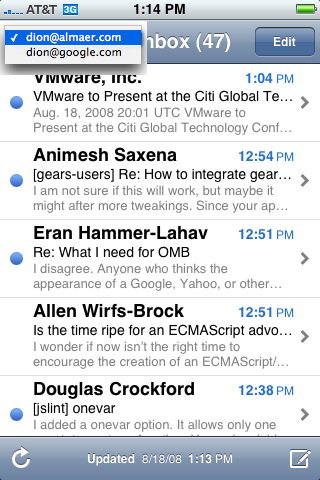 Maybe a nice gesture… a swish… which sends you back and forth :)