I grabbed a new 1TB drive to put Time Machine backups and my media on. I can’t believe that you can get 1TB for just a couple of hundred bucks. Wow.

I really like what Time Machine is trying to be. Running backups has been a royal pain for the longest time. I know that there are other packages out there, and tar can even be your friend, but I have seen constant pain from non-technical family trying to get backups sorted out.

Being able to open up Time Machine and see the Star Wars time dimension is great. Jumping around in time is going to be a real saver. However, Time Machine still has problems:

It is great to backup your system. If something messes up on your machine, rebuilding will be a breeze. But what if something happens to your location. Seeing your computer and backup drive go up in fumes is a nightmare. There are two solutions here:

Backing up the data on your main machine is simple. The problem that I have is that the data that I have can not fit on my machine anymore. If I take my video, music, source code, and all of the other assets I need a lot of space. Too much for my laptop hard drive.

I need a solution that maps to space as well as time. I want to be able to selectively tag data as “this goes on my laptop” and “this can go on my mac pro” etc. I need the system to understand that I have a lot of data, and a subset is sync’d for me. My use case seems to break a lot of the tools, and means that I have custom scripts to manage it all. And, it is a pain.

So, I am looking forward to Space Time Machine, a solution that takes this all into account.

Apple with tags: leopard No Comments »

I cuddled up to the Leopard and once you install an OS you kinda think “erm, ok. now what?”.

There are a few small features that are good to see though. One of them is the Wifi drop down. In the past you had no idea if a network required a password a not which was really painful. Now you finally get told: 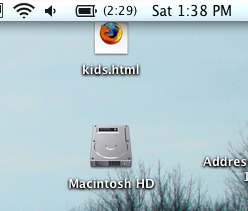 Another example of lovely Flash UI ;)

A friend works over at Burton Group, and I happened upon this lovely subtle UI that gently lets you know that the element is clickable. Ah, when designers get creative…

I was really excited when I logged in to Gmail and saw the new settings: 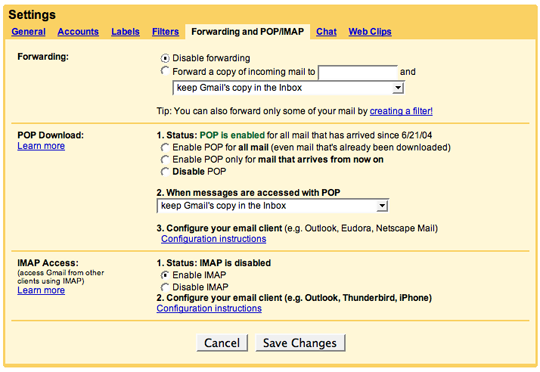 I think this is my number one feature request for Gmail, so it is great to see it role out. Since Gmail is tag/label based, it isn’t as easy to implement IMAP as it may seem, so good job dev team!

The reason that I personally care is that I have been able to do this for my corporate account:

And now, I can finally do the same for my personal email account. Check out the automatic labels that you get.

What the rebirth of Java Applets could mean

I just posted about the Sun announcement on Java Applets 2.0 (even if the PR folk kept telling us it was an “update” not an “announcement”).

The web community tends to poo poo the applet. We scoff at the startup time. We complain at the cross browser issues that went against the point. We moan at the speed. We groan at the image mouseover examples.

However, if we get off of our high horse for a minute and think about what a world where Java in the browser was actually decent, we get an interesting picture.

If the plugin could be in control of the cross browser / platform issues, then it could allow us to write rich components that work on all. We could build and register a really nice file upload component for example that takes over type=”file” to do a lot more. We could use JNLP (or something else) to register the modules, and when we get winners, could even standardize them.

If we then think about SQLite databases in the browser. We could actually use Hibernate to work with it. The JavaScript / Java bridge is already decent, and could get even easier / better.

If the Java Plugin is done well, it could become a platform to build on. This is a big if though, and there is the spectre of Java 1.x in IE looming out there. Is there a way to get around that though?

// beginning of the plugin simply does
if ie and freaking old Java 1.x
run the installer
end

As I think about this, Gears and Java could actually do some interesting work together.

Ruby in the browser is coming, via JNLP and an Applet near you

I was really glad to hear that my ruby in the browser toy is probably going to happen for real shortly.

When we interviewed Ken Russell of Sun he talked about how JNLP will be supported in Applets, so you could write a JNLP extension for JRuby, and have every Ruby app just use it. No more mega download all the time.

Just as long as I don’t have to learn JavaFX Script ;)

Finally we can stop talking about if it is coming or not… and second guessing Apple.

It’s coming. Things just take time. I can’t wait to see the applications that people come up with for the phone now. I have been amazed at what creative hackers have been able to do without an SDK…. so WITH it….

Third Party Applications on the iPhone

Let me just say it: We want native third party applications on the iPhone, and we plan to have an SDK in developers’ hands in February. We are excited about creating a vibrant third party developer community around the iPhone and enabling hundreds of new applications for our users. With our revolutionary multi-touch interface, powerful hardware and advanced software architecture, we believe we have created the best mobile platform ever for developers.

It will take until February to release an SDK because we’re trying to do two diametrically opposed things at once—provide an advanced and open platform to developers while at the same time protect iPhone users from viruses, malware, privacy attacks, etc. This is no easy task. Some claim that viruses and malware are not a problem on mobile phones—this is simply not true. There have been serious viruses on other mobile phones already, including some that silently spread from phone to phone over the cell network. As our phones become more powerful, these malicious programs will become more dangerous. And since the iPhone is the most advanced phone ever, it will be a highly visible target.

Some companies are already taking action. Nokia, for example, is not allowing any applications to be loaded onto some of their newest phones unless they have a digital signature that can be traced back to a known developer. While this makes such a phone less than “totally open,” we believe it is a step in the right direction. We are working on an advanced system which will offer developers broad access to natively program the iPhone’s amazing software platform while at the same time protecting users from malicious programs.

We think a few months of patience now will be rewarded by many years of great third party applications running on safe and reliable iPhones.

There is another post on tricking spam bots by putting in hidden fields and assuming that if the field is filled out, it was by a bot.

I also saw an image based approach used in Passpack. Instead of having to type something in, you just click on the correct block:

Of course this is a constant arms race, and this doesn’t help for blind folk. I did prefer it to normal CAPTCHA.

Leopard is coming. Will there be any cool secret features? I have said before that I am not that excited about the OS itself…. but finally we will get to see all of the new apps that people have been holding back because they rely on Leopard. 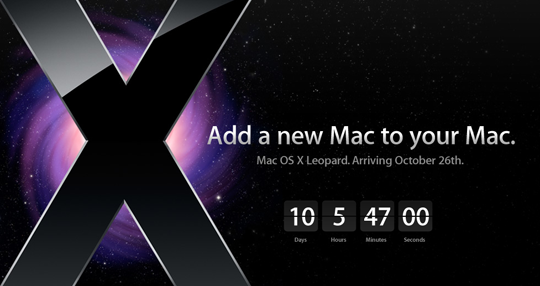 IntelliJ 7 has now shipped and I am most excited to see the non-Java support. If you take a peak at the Ruby features, it looks pretty good and thorough:

I like Textmate and all, but it is far from being IntelliJ. Textmate is fast, clean, and simple. IntelliJ is smart. Netbeans has done a great job with Ruby support, and it is fantastic to see IntelliJ put its hat in the ring. I am looking forward to putting it through its paces. As much as I like IntelliJ, I have to admit that sometimes I wish that I still have version 3 around…. which was lean and mean. Hopefully the performance improvements are real in v7.