There is a feature that changes every Wordpress release, that always has me wanting to patch. The way media is uploaded never suits my needs. It wasn’t built for me. Back in the day, the upload used to happen on a separate admin page, and then it became inline to the post page itself.

The latest version drives me the most nuts. The problems that I have are frustrating as they take a two click scenario and make it a 10 click one!

If I could change the defaults I would be a lot happier. Having to hack the code (which gets more spaghetti each release in this area) is a pain, and a plugin can’t hook in there. 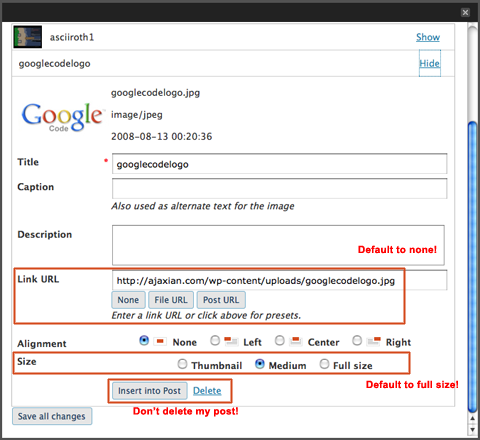