iPhone 3Gs: “S” for responsiveness, but also subordination? Code Dimensions; How can we write code in more than 2D?

Having fun with Canvas, but the aim is to have to use it less and less; Performance wars move from raw JS to DOM 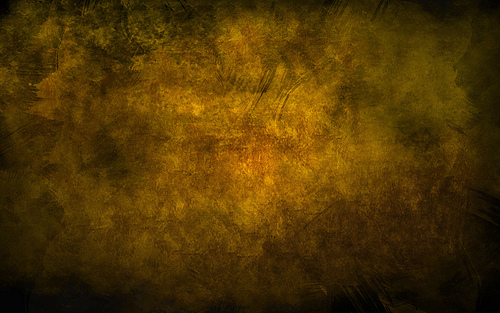 We are having a great time using Canvas for Bespin and a few other projects. Having text, images, and boxes as the primitives on the Web just isn’t good enough, so leap frogging to HTML5-land where we have the ability to arbitrarily paint pixels is fantastic. Mix this with the ability to directly manipulate video, and you have new opportunities.

However, Canvas also has obvious issues. How do you make it accessible? Or searchable? We have some ideas there, but they are a long way off. The goal has never been to use Canvas as the shiny toy. With Bespin, we actually tried to do it with DOM, and it wasn’t so much chutzpah as “can’t get it to perform”-pah that lead us down the path of Canvas. The usual suspects in the stack weren’t working for us, whereas others were blazing (e.g. JavaScript performance has blown us away, as has Canvas itself).

With major browsers like Firefox 3.5 (Safari 4, Chrome 2, etc) I am very much excited to work with browsers (say, the great Firefox team :) to kick into gear on the next level of improvements. The current batch have been competing on the performance of JavaScript. The new engines are fantastic, and really change the game on what can be done. Add in Web Workers to the magnitude speed bump of JS and Web devs can truly build responsive low-latency applications. We are now seeing improvements to the DOM, the next frontier. It is all well and good to have your JS run nice and speedy, but if the DOM can’t keep up then we are still in trouble. This is why we had to go to Canvas for Bespin in the first place! I am hoping that we will be able to push on DOM and other APIs to get to a point where our DOM based Bespin can come back to town.

There is a time and a place for Canvas though. Rather than running the show, I much prefer the unobtrusive extensions that you can provide. I am also looking forward to seeing more tools that use a server side component to do some image manipulation… now work on the client through Canvas and ImageData. Vlad pondered why CSS spriting tools are all server-side for example.

Christian Effenberger has been doing this kind of work for a long time, and there is room for a lot more. I really like having Canvas available in more places, such as anywhere an image can be used (e.g. WebKit CSS extensions where you can use a Canvas as a background-image). That gives you full control to style something in zany ways, while still staying in DOM land. It also means that things can play together really nice. We continue to push more into CSS (transitions, gradients, etc.) and animation libraries (Scripty2 looks nice!).

There is still much work to be done on putting the pieces together. I don’t know about you, but doing some common things with layout and UI still drive me nuts. Having the low level new tools like border-image are cool, but I really long for a tool that graphically lets me take a mock, cut it up, and build it out as a generalized component (stretches in the right place etc). The tool could then spit out more than just a border-image version, but old style divs + CSS to make it work everywhere. One tool, run output anywhere.

So, time to take a breath, take a look at what bleeding edge folk are doing to get rich experiences, and push it into the core platform itself. This will mean less Canvas, but used in the right places, and we will move down the stack again. If we don’t push use cases down into the core, then we are doomed to stagnate or fork the Web.

3 Responses to “Having fun with Canvas, but the aim is to have to use it less and less; Performance wars move from raw JS to DOM”