Jetpack: View-source Slidebar from the future Having fun with Canvas, but the aim is to have to use it less and less; Performance wars move from raw JS to DOM 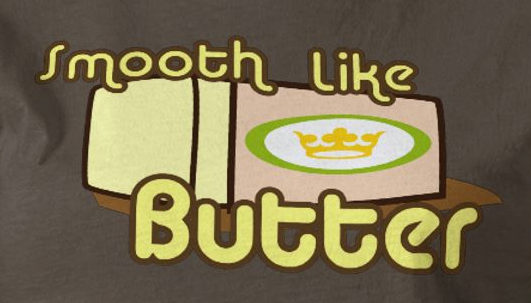 Imagine this scenario. Say you worked for a company that had a top website and a new browser came out. There were some known bugs when said browser used your website, so you would obviously change the website ASAP. Chance are that you are ahead of the game and already had the fixes ready as you tested with release candidates. Your users grab the latest and greatest browser and use your website with glee.

Now imagine if the following happened: the browser vendor was in charge of your website and you had to ask nee plea with it to update your site. The vendor refuses at first and you have no control at all! All of the users that have upgraded their browser are now getting a sub-par experience. It’s your site, but you have no control. You curse as you know that the fix is RIGHT FRIGGIN THERE but hasn’t been applied.

This is crazy talk. You would never cede control like that. But wait, isn’t that what can happen with the iPhone and Apple? Facebook is one of the most popular applications on the iPhone, yet I read the following from poor Joe Hewitt, the guru that single-handedly created Facebook for iPhone, as well as the original Firebug, worked on Firefox, and much much more:

Submitted an update to the Facebook app a few weeks ago to fix OS 3.0 issues, still awaiting approval.

As of right now, if I am running Facebook on the iPhone 3Gs there are known bugs that Joe has fixed. I can’t run it. This is how they treat THEIR TOP APPLICATIONS which has a brand name company behind it? Imagine how they treat the poor lowly buggers on the totem pole.

Well, actually, we don’t really have to wonder too much. How gutted are you if you bet a year of your company on something with some amount of apparent blessing from Apple, and then see it thrown back in your face with some rule cited … when you know that the guy next door got his work in even though he is doing the same or worse!

Back to Joe. He got the latest 3Gs and talked about how smooth it is. This is great news. I feel like I often have a frozen UI on my 3G (typing, scrolling, any interaction) and it bugs me. If Apple has gotten their device “responsive enough” where the average user doesn’t notice these glitches, they have gone a long way, and as Joe mentions…. will give him time to work on features and not tweaking his code to try as hard as possible to keep his UI responsive (which in some circumstances was proving impossible). Ben has told me “It’s like the PowerBook G4 to MacBook Pro upgrade dude” which is great to hear since recently all upgrades have felt like a wash (e.g. recent Macbook Pro upgrades).

Also, I took another look at the applications that I have installed on my phone, and quickly realized that I use ~5% of them. I have a huge number that I have probably run once. When I look at the ones that I do use, I also quickly saw that the vast majority could easily be web applications, especially with the HTML5 features of Mobile Safari. If Apple continue to open up the API to the WebView (or PhoneGap / Titanium Mobile continue to thrive) then it will be so easy to create a large swarth of applications using simple Web tech. Sure there will be reasons to go closer to the metal, but for a lot…. you won’t have to. That is exciting stuff. I would also love to chat more with Joe about his experience using Cocoa vs. Web tech for layout etc. We have chatted a little, but I would love to talk more.

I went back and forth on getting an upgrade this time around. I was a definite “No” at first due to the pricing, and then AT&T came out saying that they would be helping out, so Ben and I went to check it out. Note: we both were in the same line for the 3G last time around, and at the store we found out that HE got to get the phone for $200 (as a “valued customer”) whereas I would have the pleasure of paying $300 more. I couldn’t whip out my credit card and walk out with the same hardware as him for a shed load more. So, now he will get the chance to lord over me until I do make the upgrade “wow this compass is amazing. wow the responsiveness is fantastic. How did I live without video right in my pocket.” Or, maybe I will jump to a Pre and start hacking on the native SDK that is just Web itself?

7 Responses to “iPhone 3Gs: “S” for responsiveness, but also subordination?”