The genius behind the Google 20% time; It isn’t the time Gmail Multi Pane changes workflow

Google Latitude; Get your explaining ready 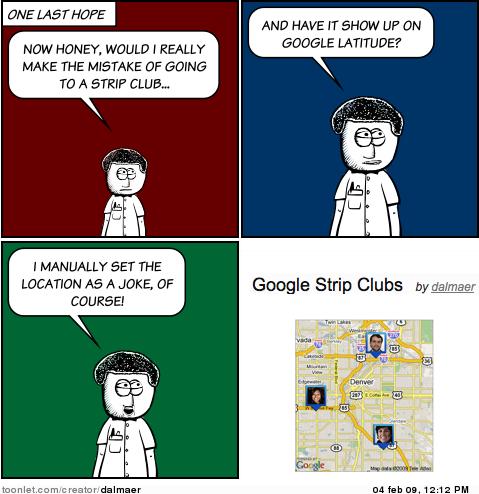 Google Latitude is cool indeed, and will have folks from Loopt and beyond watching (see Dodgeball didn’t die, it’s just slowly becoming a feature of Maps!).

Even with all of the privacy controls, you KNOW that there are going to be fun cock ups in the future, just like we see on Google Maps Street View. It just has to happen. But, it’s worth it :)

Shame the iPhone version didn’t come out on day one, and the Palm Pre version will be cool :)

3 Responses to “Google Latitude; Get your explaining ready”