Why I often prefer Prototype too Google Latitude; Get your explaining ready

The genius behind the Google 20% time; It isn’t the time 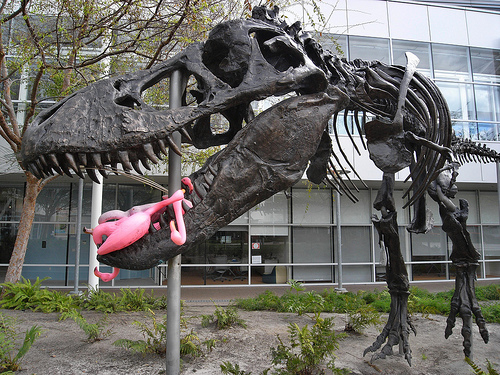 Paul Buchheit has a really nice post on the power of code over talk and has one item that resonated with me:

This is where Google’s “20% time” comes in — if you want innovation, it’s critical that people are able to work on ideas that are unapproved and generally thought to be stupid. The real value of “20%” is not the time, but rather the “license” it gives to work on things that “aren’t important”. (perhaps I should do a post on “20% time” at some point…)

That is exactly how I felt about 20% time. It wasn’t about the time. In fact, I didn’t actually know that many people who took the time! The key was the following effect:

The end result is the culture HAS to be kept very open. The ability to see the projects that are worked on, check out the code, see presentations and design docs, is a key reason why Google does so well at engineering in my opinion.

Compare this to companies such as Apple where you don’t know what the chap sitting on the other side of the cube is doing. Therefore, even if you have some amazing wisdom that could be game changing for his project, it will never happen.

20% time means that sparks of genius can happen. If you copy anything about it, ignore the “time” part, and go with the open culture part.

Whenever I saw projects that were secret within Google it irked me. It stopped this from happening. It was as though that project was going walkabout instead of joining the party.

5 Responses to “The genius behind the Google 20% time; It isn’t the time”