The future of HTML, XML, and Java look similar Posh Mama? The QVC of the Web is here 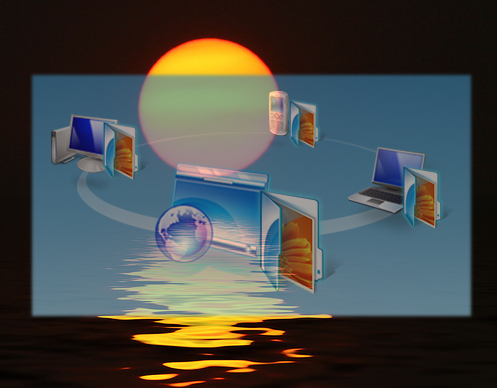 I was chatting with some nice folk at Web 2.0 Expo, and the topic of Live Mesh and Sun came up.

Imagine another dimension where this press released happened at JavaOne:

“Sun has taken their leadership role in the server hardware, operating system, Java platform, and now database world to create Sun Mesh, a top notch computing platform for the future”

If you think about it, Sun has the hardware and software to have made this happen. Instead we will get JavaFXOne with over 30 talks on it with the press release:

Learn a new language to get a Flash/Silverlight thing, oh and have you seen how many phones are out there!

I mean really, why are they focusing on the wrong thing here? They could build mesh ready hardware, Solaris, JVM, distributed MySQL and add APIs to help with sync issues and other productivity things.

Hell, others like Coherence, Terracotta, GigaSpaces, and many others are taking Java and making this grids. Sun should have been doing that. Maybe they should buy one of them (Coherence is taken thanks to Oracle).