JavaScript! The Doctor Is In. App Stores: Showing users the value of Farmers Markets compared to Wal-mart 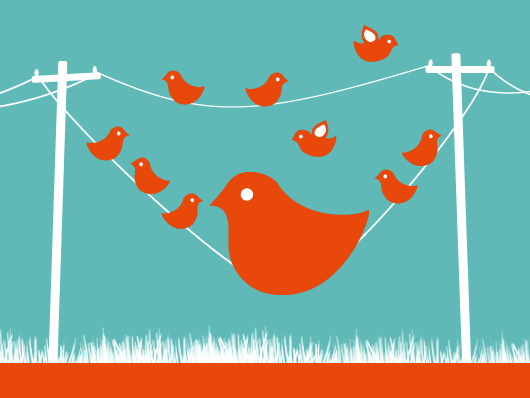 Twitter isn’t your audience. It’s your community. It’s easy to tell the difference: The guy on stage at the concert is in front of his audience. The people in the stands are in their community. When the concert is over the audience vanishes but the community continues; with or without the man on stage.

The above quote was from hidden frequency, in a response to Leo Laporte’s Buzz Kill piece that discussed his feelings after he realized that his microblogging status updates weren’t getting through…. and no one had been telling him.

It is easy to see that. A lot of people are watching the river of updates in their Twitter client, and if someone stops throwing their own rocks in the river, you may not notice, and instead you will be checking out other rocks. As I often say if I find a bug in my code…. “no, that is a feature!”

I have created a balance with my followers so there is almost always something of value in my stream these days. I have found that I don’t use RSS readers anymore, as by the time I open them, I have already read the good stuff as friends have talked about it.

The HF considers my usage as a problem, but there isn’t one way to use Twitter or any social network. Users find crazy ways to surprise you with the ways they use their services. The beauty of Twitter (and other services) with lists, is that you can enjoy multiple usage patterns. I can watch the entire river hit me hard, or I can go off and read only close friends….. or only updates from web devs, or whatever hat I want to wear right then. It is the beginning of The River (which is much more than Twitter).

With Twitter I definitely feel much more connected to the community. The fact that we are all equals on there is fantastic, and it is easy to jump from community to community. Someone new reaches out, and you instantly have a new friend. So, Leo, don’t run away…. the world is listening, they just also happen to have other people they are listening to, too.