HTML5^H: What it means to developers, standardistas, and browser vendors The balance of UI elegance; Learning from the Dickbar

Too greedy? A shift in the force 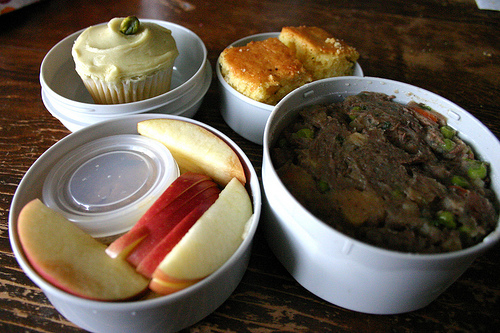 The ripple effect from the Apple announcement on their 30% cut of subscription services is still going strong. Firstly, it is obvious that Apple has every right to do this.

The Readability folk wrote an Open Letter that plainly states:

To be clear, we believe you have every right to push forward such a policy. In our view, it’s your hardware and your channel and you can put forth any policy you like. But to impose this course on any web service or web application that delivers any value outside of iOS will only discourage smaller ventures like ours to invest in iOS apps for our services.

This is the heart of the matter for me. John Gruber started to poke holds in the article:

Maybe I’m missing something, but these guys claiming to be surprised and disappointed by Apple’s insistence on a 30 percent cut of subscriptions when their own business model is to take a 30 percent cut of subscriptions strikes me as rich. And how can they claim that Readability isn’t “serving up content”? That’s exactly what Readability does. What they’re pissed about is that Apple has the stronger hand. Readability needs Apple to publish an app in the App Store. Apple doesn’t need Readability.

This side steps the main issue. It isn’t about the right to take the 30%. The problem is that some of the companies don’t have a business model that fits this change. It especially hurts models that pass money back to another entity. Even a pure model such as 37signals Basecamp would need to do the math on what 30% of their monthly fees would mean to their bottom line. Add to the fact that the iOS price has to the lowest means that all prices may have to change.

And then there is the infrastructure. You can imagine that it would take some effort for Amazon to build an in-app purchasing system, and this is work that takes away from building out other infrastructure. I know, they should just suck it up.

However, at a time where iOS and Android competition is at its strongest, Apple makes a change that alienates developers and businesses. Apple has always had an interesting relationship with developers. There was the 3.3.1 issue, and the general fact that they are very closed. However, even with all of that, developers could understand it. The 30% though feels like too much greed. Oh, come on, I hear you say. How much does the retail chain charge you as the middle man? This is a great deal! “Apple has brought back the shrinkwrapped software business!”

30% is changing the tide though. Many of these companies will be looking much more strongly at other platforms, and investing in those platforms (Android, Web, and maybe others).

John thinks that “Apple doesn’t need Readability.” It isn’t about not having one app. The balance in the ecosystem is changing. Many of the Big Apps will be investing more elsewhere than before.

Maybe this will blow over and the iOS ecosystem is so strong that it doesn’t really matter. Maybe Apple will see that it has gotten “too greedy” (not that they don’t have the right, but that it isn’t worth the hit to the ecosystem) and will lower the % or make other changes for different types of subscriptions.

It will be interesting to see. It definitely feels like there is a disturbance in the force.

Chris Leydon has commented saying that:

We have no issue whatsoever with Apple taking a 30% from our app… they just won’t provide us for the means to do it and inadvertently lock us out from the app store.

A bulk of the TinyGrab post goes into detail on how they break various infringement numbers and how, because of limitations in the AppStore, they can’t do business there. One key item is the fact that you don’t get info on the purchaser (and thus without having that connection you can’t do things like offer free access via another app), as well as other items around “rental” and unlocking features. If you want to get creative (or just offer simple use cases for your users!) with the way that you do business, you may not be able to work within the Apple system.

8 Responses to “Too greedy? A shift in the force”