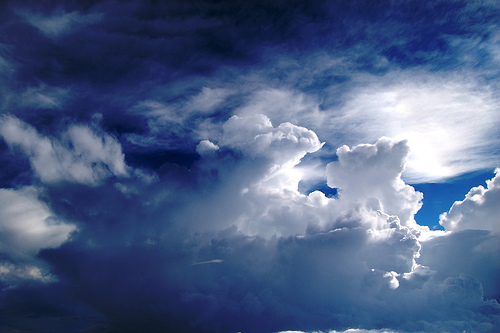 There has been another rise of the “can we trust the cloud!” type articles recently. They normally come from two perspectives:

“See what happened with Sony! Nothing is safe!” Or, “can you really trust your data on a cloud such as Google’s? If you use a Chromebook and everything is up there, you are just a subpoena away from the government seeing that data!”

There are valid issues to think about, but we also quickly forget the last time the hard drive crashed and your data was lost.

The Amazon meltdown sent shocks around the Web on this one. A friends company had just migrated from their own servers to Amazon and suddenly the business was wondering if that was a smart choice. Much like in the consumer space, we often forget about the time that someone hacked into your operations, or some other issue occurred.

The thing is, if you can help it, you should trust any one thing. If you are on a “cloud” make sure that you are in multiple regions.

The LearnBoost crew were one step ahead of the Amazon issue and posted about their redundancy, how they used regions, and how they used mongo replication to make sure the data was there.

Ideally though, you should think about going beyond one provider. At some point it would be nice to have insurance policies between these providers so you can hot swap if there is an issue.

This is why I was a fan of CloudFoundry when I first heard about it from the VMWare crew a few months back. They have managed to provide a stack that is high level enough (e.g. you have apps and services and you choose how they talk together) but open in many dimensions: you can use different languages, platforms, and frameworks….. but the core underlying system is also able to run on multiple clouds. This is huge. One chap wrote a piece on the fact that open sourcing the system is a gimic, but having vcap out there has enabled a slew of people to port it on top of their systems.

At the end of the day, this means that I can run on top of vcap with my nice vmc scripts, but behind the scenes I am a mere vmc target othercloud.com away.

We haven’t talked much about how we use CloudFoundry for FunctionSource, but it has been a real pleasure and we are early customers! Being able to vmc instances +10 makes me feel like I am in the future, and the developer ergonomics are very strong. I love being able to cd into an existing node app and vmc push the puppy up in a second.

The cloud isn’t a silver bullet, but being able to seed network and sys-admin duties has been a pleasure. Thanks to the open source nature of the product, the core system runs all over the place (including on Amazon) which means I can get my redundancy and failover with massive pain.

Feels like the best of all worlds…. the cloud is here to stay folks, just give yourself some backup.

The cloud can get foggy, but your house can blow up

Oh my god. S3 had some downtime!

Well, so is the water system, but even that breaks at my place from time to time. Or some chink in the armour appears. Just this morning someone had to come over to replace the water heater which was leaking. Although the utility was working fine, it didn’t matter much if I couldn’t heat it up!

As Charlie Wood says downtime happens, and of course you should plan for it.

I see this kind of out break a lot on other “outsourced” applications. Take Gmail for example. If Gmail is down for a second it appears on TechCrunch. However, how often has your works Exchange system “gone down”?

We need to compare these services to live before hand. How often did your ISP go down, or your managed host? Do you remember what it was like when you had that crappy virtual slice at PoorServiceForAll.com?

It is time to chill a little on the cloud.