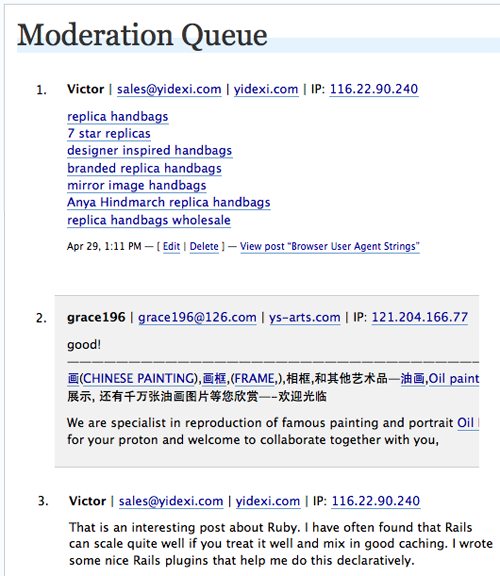 I had a do a double check when I saw my comment stream the other day. There was a long list of spam comments like the top one, and then suddenly there was, what looked like, a real thoughtful response to one of my posts.

I sat there imagining a CAPTCHA farm in indonesia with a guy pluggin in spam crud, and actually being a smart chap who puts real comments into threads now and then.

Or, it could just be a glitch in the matrix…. nice to dream though.