Gears as a bleeding-edge HTML 5 implementation How did enterprise get into the cool kids locker room?

I heard the term “Social Web” too many times today. It is the type of term that can bug you a la “Web 2.0″. What the hell do you actually mean? Just like everything else, the Web itself will consume any of the good thoughts on the meme, and we will make fun of the term more and more.

Although a lot of thought is placed around social “sites” and putting little applications on those sites, we will quickly move away from this model.

We only have to look at the past to see this. 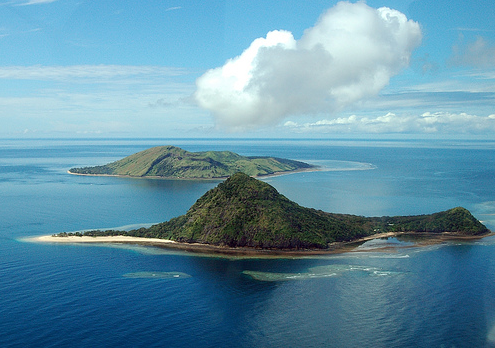 Do you remember life with AOL and Compuserve back in the day? We had the walled gardens where they controlled the content and the entire experience. When you have that kind of control you can do interesting integrating, but we moved away from this as soon as we have the building blocks that were required to move us. First we had Gopher, which failed partly due to greed (charging for server licenses) and partly due to functionality (ridged folder based structure), and then we got the world of the Web including HTTP and HTML.

Tim Berners-Lee managed to unify fresh islands using hypertext (as many other systems had before) in a very simple way. The decoupling of client and servers started the viral growth, starting with academia but quickly getting into the commercial world.

With HTTP and HTML acting as the bridges, what about the cars? We started with very simple browsers, with Mosaic being the first big one that added features to what it would understand in HTML.

When we skip forward in time, what do we get to drive now?

We do not have a huge choice on the type of car that we drive, but at least they have opened up on how much we can tinker with them. Firefox lead the charge with its plugins/add-ons and now the others have some form of this.

Being able to tweak my experience via JavaScript technology is empowering. You don’t need to be a hard core C++ hacker to do some tweaking, and again Firefox breaking out to give us the XUL approach was fantastic.

As an extension point, plugins are OK, but are also too much for many people, and can be a pain to manage. What if I want to tweak something of my experience on a Web site? This is of course where Greasemonkey came in and truly empowered people to take over their experience. They could grab a Greasemonkey userscript that would let you use Amazon to find things, but also show you the price from other stores. Amazon.com became the meta search engine.

I find it painful when I jump on Gmail on someone elses computer as it doesn’t have my Greasemonkey extras, let alone if you use something like GTDInbox that drastically changes the experience.

This is about the user taking control of their world. Gears on the other hand is about giving the Web an update mechanism, allowing developers to extend the Web platform to do new tricks.

All great, but we need more. Even though the Web is open through HTML and HTTP, it isn’t reving fast enough, and it doesn’t feel like we are moving forward as fast as we could.

What would it mean if we take some of the characteristics from the social networks and put them into the cars themselves instead of just in some islands?

Me.dium is trying to build a social Web experience. So far we have seen the plugins and widgets that allow you to chat and explore the Web together. That is somewhat interesting, but I would love to take it further and have the service give me a personal TechMeme based on my friends.

For me, it keeps coming back to social extension points. There are hundreds of Greasemonkey user scripts out there, but you never know about it. Only the die hards are going through userscripts.org. Could we do better and have:

The end result would be a push of interesting behaviour that is created and added to sites other than those who run the actual site. The comprimise here is that we have to deal with security, and gaming the system.

I would love to see the citizens having the power to change the Web in this way, so maybe it could happen. No more social networks. The Web would be implicitly social. I need to think more about explicit extension points that sites could put out (so it isn’t about monkey patching).