“What is just as important is what isn’t in the system”; Apple, Java, and the Mac App Store Will combining your voice with your motor skills be a UX boon?

Setting our own Direction; Ben and I to move on from Palm 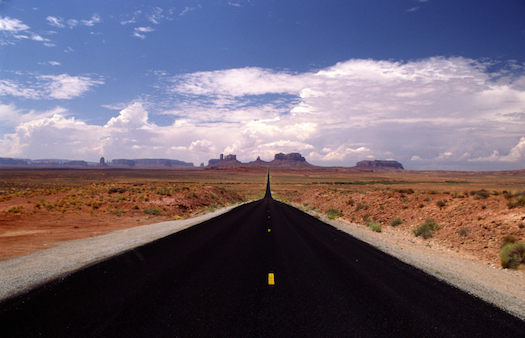 When we joined Palm, we were excited to join the intersection of mobile and Web. It has been fascinating to see how that seam has grown over a very short period of time. The device landscape has exploded and developers have amazing new hardware to target. webOS embodies the spirit of joining Web and mobile and we have enjoyed growing the developer community but with its new home at HP we thought it was time for us to move on and allow their resources to take things to the next level. As Ben mentions on his own reflection, it is bittersweet to leave, and I really want to thank Palm, HP, and the webOS community that have embraced us and the platform. I also want to give a massive thanks to: a) the amazing engineers who developed webOS, b) the developer relations team that care so much about our developers, and of course c) the developers who created great experiences on webOS. I wish everyone the best, and as we mention on our post on the Palm Developer Blog, we look forward to continued involvement with the community in our new role as consultants.

What’s next? I have enjoyed time at large companies and small, and there are pros and cons to both environments, but it is time for me to swing back to “small”. I wrote about how the culture of joining companies after an interview is akin to marriage after the first date, so I am not looking to dance down the aisle just yet, no matter how pretty the bride is ;).

Instead, I am incredibly excited to start a new venture with my long time co-hort, and best mate, Ben Galbraith. We have learned a lot about the trials and tribulations of being a developer for the mobile Web, and have some ideas on how we can help people create compelling experiences using HTML5 and related technologies in a highly productive manner. We care passionately about developer community, and are interested in helping companies understand and do the right thing by developers. Finally, we are makers, and have some ideas of great products to build. We look forward, as is our DNA, to share the journey and experience as we strive to build great software.

Scott Rosenberg posted on the Web parenthesis and questions whether the Open Web is closing. We are so lucky to be in a position where a massive global platform is Open. If you look at our history with mainframes, PCs, and gaming consoles, they have all be closed proprietary systems. As developers we have been beholden to the vendors. When we are both aligned, things can work out, but as soon as the company has a change in strategy and we misalign, developers are often left by the wayside. This mirrors the world of dictatorships. If you could guarantee your dictator is fully aligned with you there is a good chance that the system will be far more efficient than a democracy. History has taught us though that 99.9% of the time this isn’t the case. The Open Web gives us an escape valve. It has its own problems and complexities (just as democracy), but that is all critically worth it.

Being “open” isn’t enough, and we need to have a platform that works for developers. We need to be able to make money. We need to be able to create amazing experiences for our users. The Web has a huge new challenge vis a vie the “app economies” out there, but it behooves us to all push the Web forward and make it work for us.

The Web has the opportunity to be THE unifying platform that can give us the best opportunities.

It is going to be an exciting and important few years. Now is the time to endeavor to help set some direction in the industry. I hope we can have an impact in our own small way.

14 Responses to “Setting our own Direction; Ben and I to move on from Palm”