Data Liberation is great, but how about owning it? An intense couple of weeks; Palm Developer Program announced 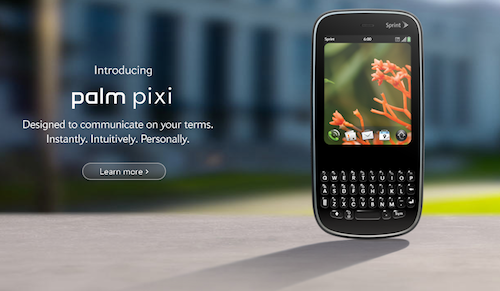 I remember watching the Palm Pre coming out party at CES with Ben and thinking “wow”. Palm had bet big. They had bet on the Web platform being the base for their new amazing hardware device, and becoming their platform going forward. Given the lead time required to create a device, I was impressed by their forward thinking. It was at this time that Ben and I were exploring how far we could push the Web as an application platform by creating Bespin with the Mozilla Labs team.

Fast forward to today, and I find myself taking on a new challenge with Palm. I will be joining Ben, my best friend, partner in crime, and fellow Ajaxian, as we take a new role as Director’s of the Palm Developer Relations team. We will have the responsibility of the developer experience with Palm. We will be trying to create a rich connective tissue between the company and the Web developer community that we love.

This feels like a pivotal time for the Web. We have a convergence of:

It also feels like we have only just begun. Browsers aren’t just getting a touch faster, they are getting exponential performance improvements. With HTML5, we are getting new richer APIs that cater for developers trying to create applications versus pages.

I have only really dabbled in the mobile world up until now. I have always been excited about consumer electronics, but never really got into the developer environments. I remember looking at the testing setups at companies such as Google, and realizing the pain in getting applications working across a huge slew of different proprietary API and capability. There is a massive opportunity with Palm webOS to give Web developers the ability to deploy outside of the browser, and onto the device.

I have long been frustrated with the status quo with certain platforms, and as I thought about what makes me happy as a developer, it is freedom, choice, and information flow. I feel passionately about bringing these values to mobile, and carry my Web DNA with me. When Palm came to Ben and I, we were curious to see how much they understood what it really meant to have a “webOS”. The management team impressed us, and persuaded us that they understand how important the principles of the Web are, as well as the crucial role of developers. By giving us the honor of this responsibility, they signal their intent.

Speaking of the Open Web, that brings me to Mozilla. It is a unique opportunity to work for a mission based organization such as Mozilla. They gave us the chance to work on projects that we care deeply about such as Bespin. Bespin has already grown beyond our dreams. It feels like we get daily emails from developers talking about how they are using Bespin in their own projects. Embedding it here, hacking on it there. You gotta love open source. I want to make it clear that Bespin will continue to go from strength to strength, and I can’t wait to see it revolutionize the way that we build applications. There is a fantastic community around the project, and the Mozilla Developer Tools Lab will continue the charge. It has been hard to move on, but the fact that Mozilla is a community gives us a unique opportunity to continue to work with the Bespin project. You can’t say that about too many companies out there.

So, I want to thank the Mozilla community and look forward to continuing to work for the Open Web with you. The crew in both Labs and the entire company is phenomenal. I can’t wait to see the great things that will continue to come out of the project.

Now is the time to knuckle down to create the most amazing developer experience in a mobile environment for you. I look forward to set an example with Ben on treating developers humanely, with trust and transparency. I won’t just use the word “open”, I will define what it means to us.

I hope to see you on the flip side, and look forward to continuing to participate in the Web community with you!