xssinterface and Google Gears It’s 3am…. can your Web framework handle a diggin? 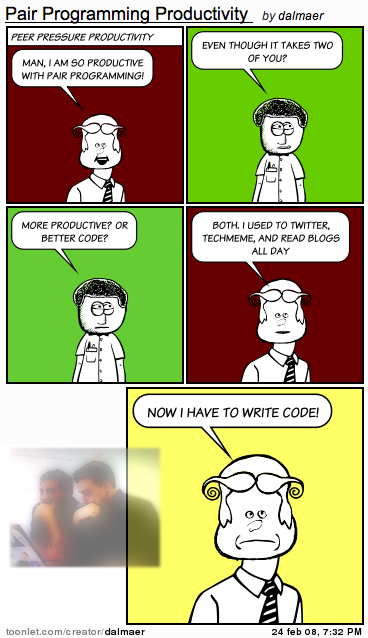 I was chatting with a developer last week about how his productivity increased when he started to pair at work, due to the social aspect of things. Later that same night I spoke to someone who had the opposite experience, which I will save for another day :)