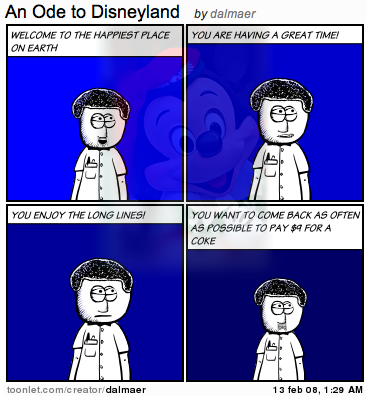 I had an enjoyable first trip to Disneyland. It isn’t the typical trip that I would take in the past and I never did this kind of thing as a kid. Sam had a fantastic time, which is all I really wanted.

I did have to fight back the cynic in me though, and I let it out in the comic above. That doesn’t even mention the part of the parade that talks about how Disneyland inspires the world, or how it is the most beautiful and PEACEFUL place on Earth ;)

I did have some fun though: 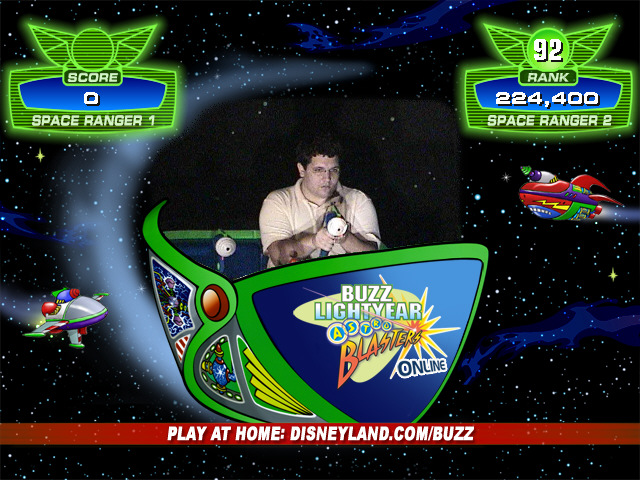 3 Responses to “Ode to Disneyland”