Will APIs effect mergers and acquisitions? SXSW hipsters and the potential of IE 8

Mono and Java on the iPhone 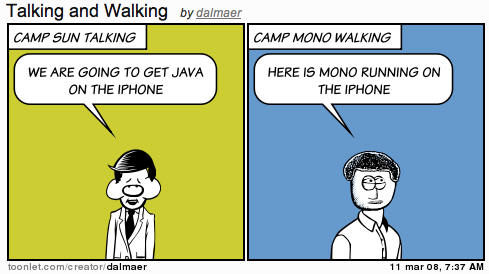 Talking with code is powerful. Miguel posted screenshots of Mono running on the iPhone whereas Sun talked about Java running on it.

I always feel like I would like a reason to get into Mono, but never find one.

15 Responses to “Mono and Java on the iPhone”