Microsoft Declares… Part Three Are you kidding me? Microsoft Word 2008 for Mac, and Disney 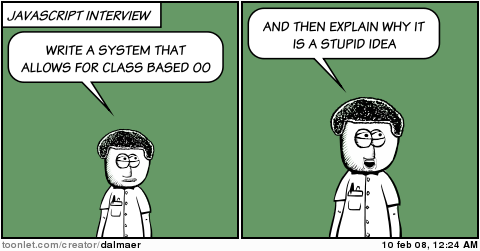 What about the other languages?

Got some good ones for other languages like Fortran, BASIC or assembly?

One Response to “Interview Day: JavaScript”