Expectations: When to be automagic, and when it makes sense to be explicit Who do I trust with my Identity? Erm, how about me? OpenID Weaves into the browser!

Why I am excited for the iPhone Tablet? My son. 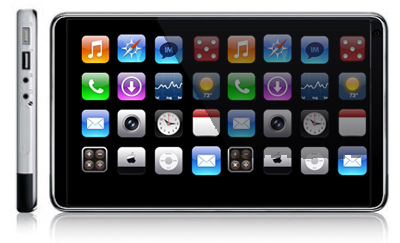 I am really excited to see what comes out of all of the iPhone Tablet rumors.

My son is three years old now, and knows how to use my iPhone. When using the computer, he instinctively started to think of it like the iPhone and would start to touch (and smudge!) the screen.

In the real world we touch things. We grab them. We manipulate them. We don’t often have an abstract notion of moving X to get Y.

Well, there is one that Sam knows well: 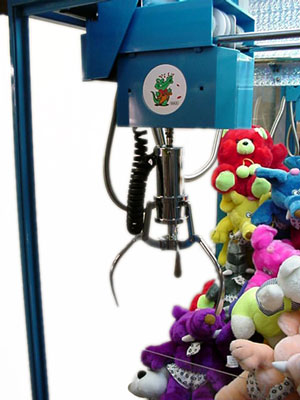 These machines are pure evil when you have a young’un as they say “Daddy! Daddy! I want the pink one there!” and you have no chance in hell of ever getting it :)

Anyway, so Sam knows how to use multitouch, and is at an age where we are thinking about setting him up with his own computer. I don’t want to go through the pain to teach him a mouse and keyboard quite yet though, so what if there was a computer he could hold and could use his normal skills to access? The iPhone tablet could be that device!

As a side effect, it would also be the PERFECT home automation device, as well as an eBook reader, and a casual browser, and email checker, and the list goes on and on and on. The computer is changing in front of our eyes isn’t it.

12 Responses to “Why I am excited for the iPhone Tablet? My son.”