Browser storage: Do we need SQL? Or would a JSON approach be better? 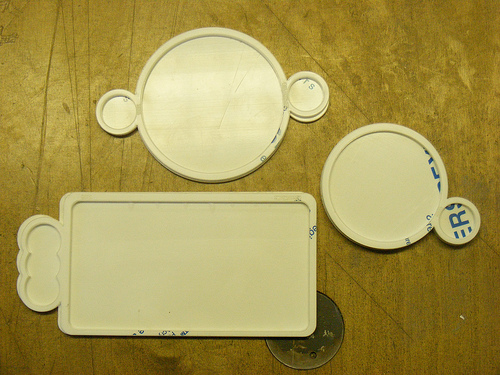 Ian Hickson: “I expect I’ll be reverse-engineering SQLite and speccing that, if nothing better is picked first. As it is, people are starting to use the database feature in actual Web apps (e.g. mobile GMail, iirc).”

When I read that comment to Vlad’s post on HTML 5 Web Storage I gulped. This would basically make SQLite the HTML 5 for storage in the browser. You would have to be a little crazy to re-write the exact semantics (including bugs) of SQLite and its dialect. What if you couldn’t use the public domain code?

Gears lead out strong with making a relational database part of the toolbox for developers. It embedded its own SQLite, in fact one that was customized to have the very cool full text search ability. However, this brings up the point of “which SQLite do you standardize on?”

The beauty of using SQL and SQLite is that many developers already know it. RDBMS has been mainstream for donkey’s years; we have tools to manage SQL, to view the model, and to tweak for performance. It has gone through the test of time.

However, SQL has always been at odds with many developers. Ted Neward brought up ORM as the vietnam of computer science (which is going a touch far ;). I was just lamenting with a friend at Microsoft on how developers spend 90% of their time munging data. Our life is one of transformations, and that is why I am interested in a world of JavaScript on client and server AND database. We aren’t there yet, but hopefully we can make progress.

One of Vlad’s main questions is “Is SQL the right API for Web developers?” and it is a valid one. I quickly found that for most of my tasks with the DB I just wanted to deal with JSON and hence created a wrapper GearsDB to let me insert/update/select/delete the database with a JSON view of the world. You probably wouldn’t want to do this on large production applications for performance reasons, but it works well for me.

Now a days, we have interesting APIs such as JSONQuery which Persevere (and other databases) use. I would love to see Firefox and other browsers support something like this and let us live in JSON throughout the stack. It feels so much more Webby, and also, some of the reasons that made us stay with SQL don’t matter as much in the client side world. For example, when OODBMS took off in some Enterprises, I remember having all of these Versant to Oracle exports just so people could report on the darn data. On the client the database is used for a very different reason (local storage) so lets use JSON!

That being said, at this point there are applications such as Gmail, MySpace search, Zoho, and many iPhone Web applications that use the SQL storage in browsers. In fact, if we had the API in Firefox I would have Bespin using it right now! We had a version of this that abstracted on top of stores, but it was a pain. I would love to just use HTML 5 storage and be done.

So, I think that Firefox should actually support this for practical reasons (and we have SQLite right there!) but should push JSON APIs and let developers decide. I hope that JSON wins, you? I also hope that Hixie doesn’t have to spec SQLite :/

Related
It was also interesting to just read this post Abusing Web Storage via Sam Ruby:

Alberto Trivero: The aim of this white paper is to analyze security implications of the new HTML 5 client-side storage technology, showing how different attacks can be conduct in order to steal storage data in the client’s machine.