As the Olympics comes to a close, I remember seeing the frolics of the opening ceremony, and thinking about how the London contingent must have felt as they are reminded “oh yeah, we are following China.”

To think that London will be mainly hosting in the beauty that is Stratford and the like. I hope the workers are getting paid overtime to make it happen!

China was a coming out. An East meets West. London needs a mission too. If you can look past the infrastructure issues, and how the M25 and Tube will explode, there is a lot going for it. Having the tennis happen at Wimbledon, and some footy at Old Trafford and Wembly, and using other great sites. That could be impressive.

Also, we are lucky that shows such as X-Factor, Pop Idol, and “Brits have some got talent somewhere” will be able to find the two kids to make a different. The cute one to lip sync, and the other one who can actually sing. 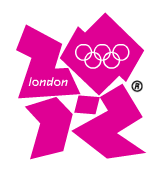 Can’t wait to be there for London 2012. It has got to be better than the logo!

Athens was returning to the roots, to the country that invented the Olympic Games. China was the most populous country in the world.

It is a cosmopolitan, multi-ethnic and multi-religious city and that’s something they can build on.