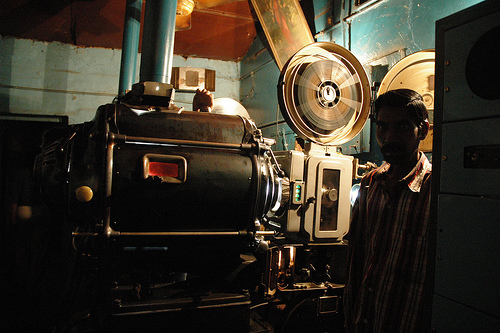 I have to say it, I love AirPlay. Being able to use any device (phone, tablet, laptop) to project something to your lovely flat screen is fantastic. Up until now, the focus has been on media (which makes sense) and being able to send anything from a funny YouTube clip, to a movie you have purchased on iTunes, if solid.

But, with an improved AirPlay, the app developer can project whatever they want onto an AirPlay aware screen (or just audio for non-screen output). This has entered my mind into its latest “woooah, how cool would it be if [insert app here] used that feature to project [insert cool idea here]!”

The obvious ideas that people talk about first is gaming. iOS is already a force in gaming, but now that your devices are controllers and can teleport their views to a screen at a whim? Wow. I can’t wait to see the game that personifies having iPhone and iPad form factor controllers and helpers.

There is much beyond media and the games though. TV’s now come as weak app platforms. I have got a Twitter app on my Samsung. It sucks. I never use it. It is also not needed. I should be able to sit down with the Twitter iPad app open on my lap, and display tweetigoodness to my TV. I could have a simple view, but also, isn’t the TV a perfect TweetDeck?

As well as having the iPad as a controller but using the TV as the main display, you can also go with different modes. As you work on an image, you can see throwaways, or old versions, up on the TV for you to look at. The Echofon Twitter client has a Photofon app that shows you images from your Twitter stream, but that could be embedded and a screensaver kicks in.

Now you have these lenses on, I dare you to open up an app and not think about a cool visualization for another screen!

I hope that PhoneGap has a plugin in the works for this in their iOS 5 support (ASIDE: A birdy may or may not have told me that full screen WebViews run with the JIT which is good too) so Web folk can take care of this too. It would be fantastic to have Web views available to project over there.

There is still so much that will be coming too: More TV’s will be AirPlay enabled (so you won’t need an Apple TV); Other operating systems will start to support these modalities (read: industry standard AirPlay please :/); The browser is an ideal projector too, and cross platform; And, then the other screens will also start to accept touch input.

So, I now have another question to ask when I start a new mobile project…. to go with others such as:

One Response to “iOS as the perfect projector? More fun mobile design thinking”