Imagine what you could do if you helped your users? A different kind of container 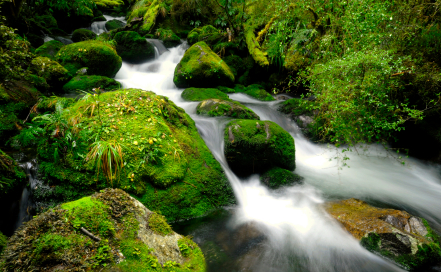 When FriendFeed first came out it looked like a nice little aggregator done by some smart EIRs who just left Google. A few months later they have grown into being the company that is mentioned on TechCrunch, RWW, TechMeme, and Mashable on a daily basis. Quite a change in a short period, so with the launching of their API, I thought I would posit how I think that they could keep on going to much bigger things, and above the hype cloud (everyone wants the next Twitter).

As I look at how I use these services, I have noticed some recent changes:

I did the Twitter thing when it first came out, and I admit to not getting it. I remember opening up the public view and seeing the odd swearing from Bulgaria and thinking “this is 99% noise, why does anyone waste their time?”. After a Twitter week I kinda moved on. The most I had to do with it was using MoodBlast to send my status updates to Twitter too.

I moved from Twitter to Facebook and got much more attached to it. “My crowd” was on their from the tech side, and a bunch of old mates from England too. I got to get up to speed with their lives, and over time keep in touch in that tiny way by the status update, and the odd photo.

I saw huge value in being able to learn from my friends, and dreamed of being able to have my own personal Digg, centering the bell curve on me instead of 12 year olds.

As applications were getting built I was excited to see what “killer apps” will be thrown up on the Facebook platform. Scrabulous was the one I used the most, but I saw far too many Vampires around and kept seeing my notifications list on the top right go up to huge numbers as I couldn’t be bothered to say “No” to them all. I could ignore that though, and still saw value.

Then something strange happened about a month or two ago. The feed started to get less interesting. Note, all I use Facebook for is the feed. I am not someone who jumps around on profiles to find out if Jinny has has a relationship where “it’s complicated”. My feed was getting noisy, and there was less in it. The magic had gone. It seems like the core group that I care about isn’t doing as much on Facebook, so the viral nature in which it erupted has reversed just as quickly. My Facebook tab disappeared and now I can’t remember the last time I logged in.

“Twitter is chat where I don’t care about a response”

As Facebook usage was going down, I was also back to Twitter and finally got it. I hit the right sweet spot of following and followers and saw a lot more signal coming through. I stopped using MoodBlast and turned on the Twitter Facebook application, even though I was annoying people with the “is twittering” part of the messages that drive me nuts (Twitter: please let me turn that off!). I guess I should switch to TwitterSync, but I just don’t care.

I have started to get a lot of leads for Ajaxian and cool tech in general on Twitter, and it is a place to call out into the void and you often get a crazy number of responses.

I am starting to wish for more though. Firstly, stability of course. But then, I want features like #hashtags to be grokked by the platform, so they don’t take up valuable characters out of the 140, and that the UI deals with them accordingly. I would love a metadata layer that would allow for the payloads that dave whines so much about, but also more. Let me put in [lat: ..., long: ...] to add Geo. Let me add anything I want and then the apps on top of Twitter are sure to shine. If Twitter doesn’t do this, I think that over time other services will fill that void. Pownce is ready in the shadows, but it needs to be more than Twitter+1. This is where FriendFeed comes in.

FriendFeed is adding cool features on a weekly basis. I have personally worked with Bret Taylor and he is top notch, so I have no doubt that this will continue. A team that has launched Gmail and Google Maps also groks scalability, so I do not expect them to have the same troubles as Twitter.

But then we have the features. I think they can be a great mix of Facebook and Twitter. I want the stream to be more about just chatting. I want the photos to be part of it. I want my personal Digg. I want….

It keeps coming back to my desire for The River, a new email system for all activity.

The key to this is having enough dials to make it tunable. With every feature that FriendFeed adds, they seem to get closer to this. Search is key as it gives you the nob tuning on the fly, and the API is key as it could let someone like me actually implement something that I need.

Here is to a FriendFeed that keeps accelerating. Congrats so far guys.