Partial Text Feeds and the Economy… Again The death cron; Morbidly thinking about speaking from the dead 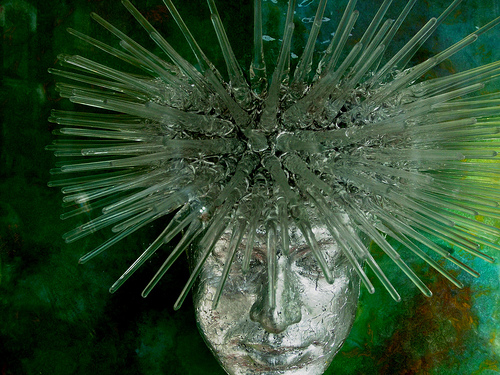 I was thinking about the job of managing expectations. On the technical side it is interesting to see how important that is. Once Google Maps came out, the expectations for a mapping project instantly changed. Being able to move the map around and interact with it directly was huge. Ben and I joke about changes in film and gaming (Pong to WoW) too.

One huge change that I am betting on is input devices. I have said this before, we are stuck in the stone ages right now. We can type, and we can point and poke. Ug. Ug.

Touch screens are giving us more dexterity but what about voice and motion sensing? They are getting there. As we get that technology finally working, it will mean radically changes APIs that we get to work with. This means new opportunities for developers to leapfrog competition.

With Barack Obama having such huge expectations of him, I worry about how it will all fare. On the one side, if he manages to pull us out of this depression (lower case d for now) he will be applauded, but realistically it is about more than him.

What are my expectations, if I can’t purely base on output? I expect him to deliver on his promises. I want more transparent government. I hope that Change.gov is a sign of the future way in which he communicates. Is it in his interest too! He can come out Twittering and blogging about why he thinks a bill is weak and what should really be done. Talking directly to the people he can bypass the reporters and the slants to some extent. People don’t want “politics as usual” so lets see true change.

If we don’t see a difference then it will sour people. Obama is the first politician that I have been excited about. If he doesn’t do his best for the people, but gets conservative to protect himself, then I will be truly saddened and it will be hard to get behind someone in this way. Wow, what a tough gig this guy just got huh?

To lighten it up, check out 50 facts you might now know about Obama. It is interesting that he has experienced some serious drugs. Not only have we moved on to be able to vote for a black man, but we weren’t asking “did you inhale?” but rather more pressing issues.