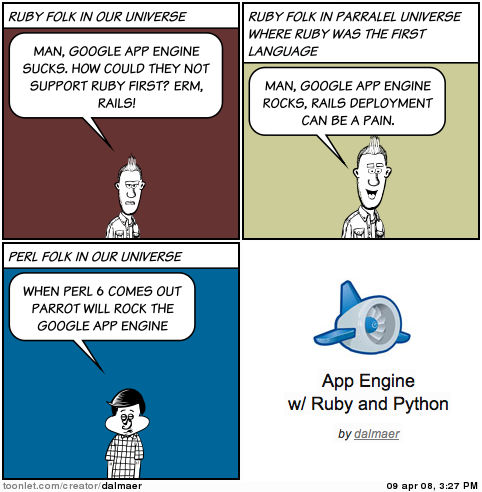 9 Responses to “App Engine with Ruby, Python, and Perl”